Lokaia's intrepid founders, Clayton Reabow and Craig McNaught, are also the winemakers behind this visionary Franschhoek-based label. These guys have decades of wine experience between them and collaborated on a plethora of other projects before diving in to their own brand in 2020. It was just one of those things that was always going to happen.

Clayton has been behind the wheel of Franschhoek's Chardonnay Mecca - Moreson, for fourteen years and counting. Currently at the peak of his powers, he is still the only individual to have won both the Diner's Club Young Winemaker of the Year and Winemaker of the Year awards. While simultaneously running a bourgeoning wine consultancy, Clayton continues to bottle some of South Africa's most critically-acclaimed wines.

Craig, is the second-generation winemaker and co-owner of Stony Brook Vineyards in Franschhoek's Bo-Hoek region. His focus for many years has been on producing traditional, old-world influenced wines and Lokaia affords him the opportunity to delve in to the postmodern.

So what happens when you merge these two personas together and let their imaginations run wild? The answer: a winemaking philosophy that captures their common passion in sublime liquid form. 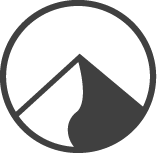